Orwell’s dystopian masterpiece, Nineteen Eighty-Four is perhaps the most pervasively influential book of the twentieth century. Presented here with a bonus forward from fellow genius Thomas Pynchon, author of ‘The Crying of Lot 49’ and ‘V’.

Hidden away in the Record Department of the sprawling Ministry of Truth, Winston Smith skilfully rewrites the past to suit the needs of the Party. Yet he inwardly rebels against the totalitarian world he lives in, which demands absolute obedience and controls him through the all-seeing telescreens and the watchful eye of Big Brother, symbolic head of the Party. In his longing for truth and liberty, Smith begins a secret love affair with a fellow-worker Julia, but soon discovers the true price of freedom is betrayal.

Far in the future, the World Controllers have created the ideal society. Through clever use of genetic engineering, brainwashing and recreational sex and drugs all its members are happy consumers. Bernard Marx seems alone harbouring an ill-defined longing to break free. A visit to one of the few remaining Savage Reservations where the old, imperfect life still continues, may be the cure for his distress…

Huxley’s ingenious fantasy of the future sheds a blazing light on the present and is considered to be his most enduring masterpiece.

The Three Stigmata of Palmer Eldrich

“In the overcrowded world and cramped space colonies of the late 21st century, tedium can be endured through the use of the drug Can-D, which enables the user to inhabit a shared illusory world. When industrialist Palmer Eldritch returns from an interstellar trip, he brings with him a new drug, Chew-Z, which is far more potent than Can-D, but threatens to plunge the world into a permanent state of drugged illusion controlled by the mysterious Eldritch.” As with many if Dick’s books, there are no heroes here – but there are heroics, performed by the ordinary individuals which the author so effortlessly transmits into our minds. Another P. K. Dick future dystopian warning… From the past.

The Lion The Witch and the Wardrobe

A prominent Viennese psychiatrist before the war, Viktor Frankl was uniquely able to observe the way that both he and others in Auschwitz coped (or didn’t) with the experience. He noticed that it was the men who comforted others and who gave away their last piece of bread who survived the longest – and who offered proof that everything can be taken away from us except the ability to choose our attitude in any given set of circumstances. The sort of person the concentration camp prisoner became was the result of an inner decision and not of camp influences alone. Frankl came to believe man’s deepest desire is to search for meaning and purpose. This outstanding work offers us all a way to transcend suffering and find significance in the art of living.

The Story of the Human Body

The Story of the Human Body brilliantly illuminates as never before the major transformations that contributed key adaptations to the body: the rise of bipedalism; the shift to a non-fruit-based diet; the advent of hunting and gathering, leading to our superlative endurance athleticism; the development of a very large brain; and the incipience of cultural proficiencies. Lieberman also elucidates how cultural evolution differs from biological evolution, and how our bodies were further transformed during the Agricultural and Industrial Revolutions.

The Story of My Experiments With Truth

Gandhi’s non-violent struggles against racism, violence, and colonialism in South Africa and India had brought him to such a level of notoriety, adulation that when asked to write an autobiography midway through his career, he took it as an opportunity to explain himself. He feared the enthusiasm for his ideas tended to exceed a deeper understanding of his quest for truth rooted in devotion to God. His attempts to get closer to this divine power led him to seek purity through simple living, dietary practices, celibacy, and a life without violence. This is not a straightforward narrative biography, in The Story of My Experiments with Truth, Gandhi offers his life story as a reference for those who would follow in his footsteps.

The 7 Habits of Highly Effective People

Stephen R. Covey’s book, The 7 Habits of Highly Effective People, has been a top seller for the simple reason that it ignores trends and pop psychology for proven principles of fairness, integrity, honesty, and human dignity. Celebrating its 15th year of helping people solve personal and professional problems, this special anniversary edition includes a new foreword and afterword written by Covey that explore whether the 7 Habits are still relevant and answer some of the most common questions he has received over the past 15 years.

This audio edition is the first ever unabridged recording of The 7 Habits of Highly Effective People.

PLEASE NOTE: When you purchase this title, the accompanying reference material will be available in your Library section along with the audio.

His Holiness The Dalai Lama

In this thought-provoking new book, he argues that religion is not a necessity for pursuing a spiritual life. Rather, focusing on tolerance and understanding between religions, as well as tolerance and understanding between believers (of any faith) and non-believers is the way forward. The way to achieve such an approach, he proposes, is through a system of secular ethics grounded in a deep appreciation of our common humanity.

Aimed particularly at the general listener, Beyond Religion is a modern-day polemic which outlines those ethics he believes should be central to our lives.

The Restraint of Beasts

It’s hard to think of another book that manages to combine the depth of unpretentious intelligence, character and utter hilarity of ‘The Restraint of Beasts’. Couple this with the insidious and sinister dystopian undertones which creep steadily throughout and you have a criminally over looked and largely misunderstood work of genius, and one that is also very, very funny.

How To Get What You Want (even if you have no goals, no character and are often in a lousy mood) 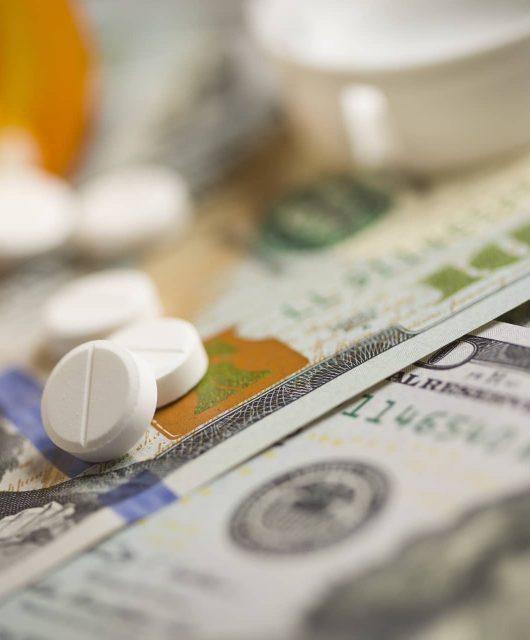 Naltrexone. The Little Known Drug Used to Cure Alcoholism has Another Trick Up Its Sleeve! (LDN)

How Do You Turn A Cup Of Coffee Into a Squirrel? Black Holes Explained.